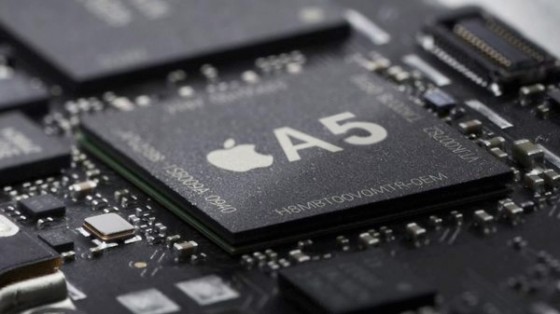 Despite reports indicating that Apple is looking to move away from Samsung as one of its go-to suppliers, The Korea Economic Daily notes that the two companies recently signed off on an Apple A9 processor deal, and that as a result Samsung will be supplying 14-nm chips for iDevices starting in 2015.

Samsung Electronics had supplied the AP [application processor] to Apple since 2007 but lost the contract to supply 20 nano AP A8 chips to Apple to Taiwan’s TSMC last year when it was engaged in patent disputes with Apple. Samsung Electronics developed state-of-the-art 14 nano models ahead of its rival TSMC, regaining the order from Apple.

It had previously been announced that Apple had signed a deal with Taiwan Semiconductor Manufacturing Company (TSMC) to produce iDevice processors starting 2014 with the Apple A8, and that the deal would run for three years at least. As such, it’s not known whether both Samsung and TSMC will be supplying Apple A9 processors from 2015, or if an alternate arrangement has been made.

Apple is also looking to move away from Samsung by signing up with a different Retina display manufacturer. Though this was attempted in 2011, Sharp missed Apple Signs A Deal With Samsung For Future iDevice Processors’s deadline and so the company fell back on Samsung as its main supplier of Retina displays for the iPad 3.

It seems Apple is indeed having a hard time breaking up with the South Korean company, and that its most recent deal with Samsung will tie the two companies together at least until 2016, and possibly for longer.